A few years ago, I undertook the greatest event photography project I’ve worked on to date. The scope was a documentary photography project covering the activities of Block T (an artistic and social enterprise and a one stop shop for all things creative). The project lasted for 5 years and it was an amazing experience for me to witness so many wonderful events, see great artistic performances, hear great musicians, attend social creative events, view visual art and to be immersed in the grass-roots artistic community in Dublin. The project was a real privilege and it fostered both personal and creative growth in me.

Block T, at the time, were based in an old tile factory in Smithfield, so a lot of the openings and creative events took place there as well as buildings nearby. There were over 50 artists studios in their building at the peak of activity. Events were also held in Block B (an empty adjacent commercial premises).

At the time in Dublin, there were many unused spaces as there was a recession on. Many of these spaces were put to great use by the artistic community in the city. We visited Saint Michan’s church for the opening of an artistic festival Link culturefest. This festival took us to many artistic studios across the city. There was an exhibition opening in St. Michan’s too and music from Trinity Orchestra, among others. Nina Hynes performed in the Pepper Cannister church on Mount Street. There was the Bamboo Stage in the Body and Soul area at Electric Picnic.

One of the most exciting things about working with Block T was that I never knew what to expect from any shoot. The breadth of work from the performance artists, installations, exhibitions, talks, screen-printers, photographers, visual artists, bands and social gatherings coupled with the extensive variety of locations made every photoshoot unique.

A lot of the events were in dimly lit spaces. Flash was out of the question as it’s too intrusive. So how far could I push the camera? How slow could I shoot hand-held without shake? How much noise could I take out in post-processing? These were some of the questions I had to answer, on the fly. The most rewarding challenge for me was these dark spaces taught me how to use the available light there was. Light, shadow, shapes and form became the canvas I worked with. It only takes a small amount of light, at the right angle on the subject, at right moment to capture something beautiful. To this day I rarely use flash in my photography. For me natural light is my tool. I believe the images captured are far more atmospheric and the essence of what is happening connects more to the viewer.

In performance art, whether a band on stage, or piece of performance art or any other happening, top of my list was not to take anything away from the artists or the audience / visitors. At the same time, I needed to be able to get close. So, what did I learn?

I learned that one of the keys to documentary photography success, is when the people being photographed don’t mind being photographed. They are happy being themselves in front of the camera. In my experience, that’s rare for most people. So, it comes down to the photographer’s interpersonal skills. If you see the photographer as a person you know, or someone you are comfortable with, it goes a long way in helping you forget about the process. Alternatively, if you are focused on something else you simply will not notice you`re being photographed.

I also learned, when I was part of the scene, and feeling like I belonged, I didn’t stand out. This helped greatly in getting shots on-stage, behind stage and up close to people. Sensitivity to the audience and performer(s) is paramount.

The people at Block T were open and fun and great to work with. The only direction they really gave me was to capture the atmosphere of the event. A part of that is a record of the work on display. It’s the people too, and how they interact with the art, performance and each other. It’s also the space. It’s the myriad of moments added together which convey the essence of the atmosphere.

Block T was the people. The artists, creators, curators, organisers, interns, lighting and sound, performers, speakers, panels and audience, among others, are what made it such a success. I was privileged to be allowed to be there and document their activity. My thanks go to everyone who allowed me into your space to do what I love to do.Maybe one day I’ll make a book of images that will represent my time on the project. Below I have chosen a few photos from my time with Block T.  There were so many great experiences it was hard to choose. Doubtless I could choose many different photos but I hope the photos here will give you a flavour of what Block T was during my time with them.

We were blessed to have Tadhg beautifully document one of the city’s most formative and creative arts projects, BLOCK T. From day one he slotted perfectly into the scene and had this natural instinct to capture those special moments that tell the story of not just BLOCK T, but the explosion of creative energy that swept across the city during those years. We are so grateful to have this treasure trove of wonderfully shot images. An incredible visual narrative that could only be achieved by someone with a high level of technical skill and a natural intuition for telling stories through his images. We could not recommend him more for any project. Our sincere thanks and gratitude Tadhg.
Joe SalamCo-Founder
For five years, Tadhg managed to consistently capture the unique atmosphere and spirit at our events. He has the perfect skill set for a social and event photographer; a superb sense of composition and lighting, an artistic flair, and perhaps more rare, an innate ability to put the subjects at ease with his relaxed and friendly demeanour. His documentation proved to be of enormous value to us when building a brand, applying for grants, promoting events and creating a detailed archive. Tadhg worked with us on a multitude of events; theatre, art exhibitions, musical gigs, festivals and commercial events. Each of these had their challenges; Incredibly low levels of light, limited vantage points, and a massive array of activities to try to capture within a short timeframe. He always exceeded our expectations and delivered contact sheets and print-ready files within days. When working with us for external clients, his work drew universally high praise. He is extremely organised and punctual, An absolute pleasure to work with and someone whom I would recommend without reservation.
Ben ReadmanArtistic Director
Previous
Next

Log in to my private gallery to see the full client photoshoot. 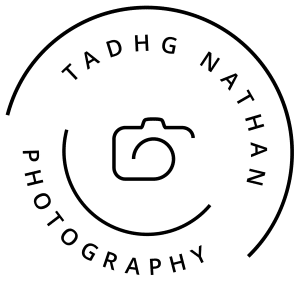 "We could not recommend him more for any project. Our sincere thanks and gratitude Tadhg."
Joe Salam
Block T Co Founder